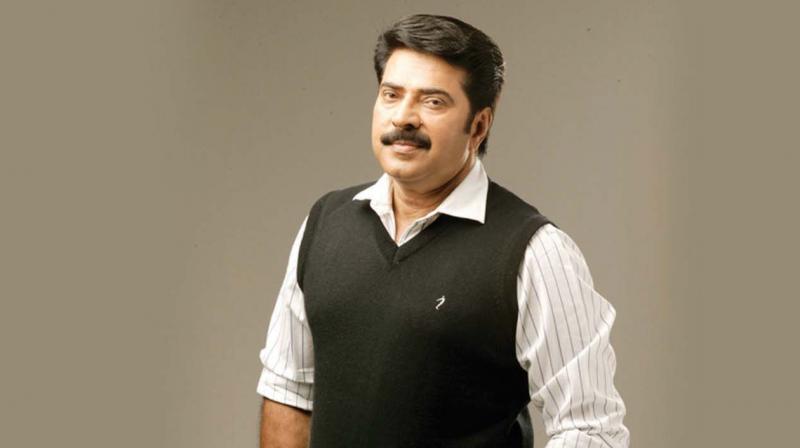 The iconic star of Malayalam cinema Mammootty was #BornOnThisDay. Acclaimed for his intense style of acting and inimitable charisma, he has won three National Awards for Mathilukal, Oru Vadakkan Veeragatha, Ponthan Mada, Vidheyan and the bilingual biopic Dr. Babasaheb Ambedkar.

Muhammad Kutty Paniparambil Ismail (born 7 September 1951), better known by his stage name Mammootty is an Indian film actor and producer who works in Malayalam cinema. In a career spanning four decades, he has appeared in over 350 films.Mammootty was a lawyer by profession. After establishing himself as a lead actor in the 1980s, his major breakthrough came with the commercial success of the 1987 film New Delhi.He has won three National Film Awards for Best Actor, seven Kerala State Film Awards and thirteen Filmfare Awards South. In 1998, the Government of India awarded him the Padma Shri for his contributions to the arts.He has also received honorary doctorate degrees from the University of Kerala in January 2010 and from the University of Calicut in December 2010. Mammootty is the chairman of Malayalam Communications, which runs the Malayalam television channels Kairali TV, People TV and WE TV. He is also the goodwill ambassador of the Akshaya project, the first district-wide e-literacy project in India.  He is the patron of the Pain and Palliative Care Society,  a charitable organisation in Kerala formed with the aim of improving the quality of life among patients with advanced cancer. He has also been working with the Pain and Palliative Care Centre in Kozhikode, India.

Mammootty was born Muhammad Kutty Ismail Paniparambil on 7 September 1951 in Chandiroor in Alappuzha district,  and raised in the village of Chempu near Vaikom in Kottayam district in the present-day state of Kerala, India in a middle-class, Muslim family. His father, Ismail, was a farmer and his mother, Fatima, a housewife. He was their eldest son. He has two younger brothers, Ibrahimkutty and Zakariah and three younger sisters, Ameena, Sauda and Shafina.  Mammootty went to Government High School, Kulasekharamangalam, Kottayam for his primary education. In the 1960s, his father moved the family to Ernakulam, where he attended Government School Ernakulam. He did his pre-university course (pre-degree) at Sacred Heart College, Thevara.  He attended Maharaja’s College, Ernakulam for his degree. He graduated with a LL.B. from Government Law College, Ernakulam. Mammootty practiced law for two years in Manjeri.  Mammootty married Sulfath in 1979, and has a daughter Surumi (born 1982), and a son Dulquer Salmaan (born 1986). Mammootty’s younger brother Ibrahimkutty is an actor in Malayalam films and Malayalam TV serials. Ibrahimkutty’s son Maqbool Salmaan is also a film actor.

Mammootty has won three National Film Awards, five Kerala State Film Awards, thirteen Filmfare Awards, eleven Kerala Film Critics Awards and five Asianet Film Awards (from fourteen nominations). In 1998, the government of India honoured Mammootty with its fourth highest civilian award, Padma Shri for his contribution to the Indian film industry. He was conferred with the Doctor of Letters degree by University of Calicut and University of Kerala in 2010.